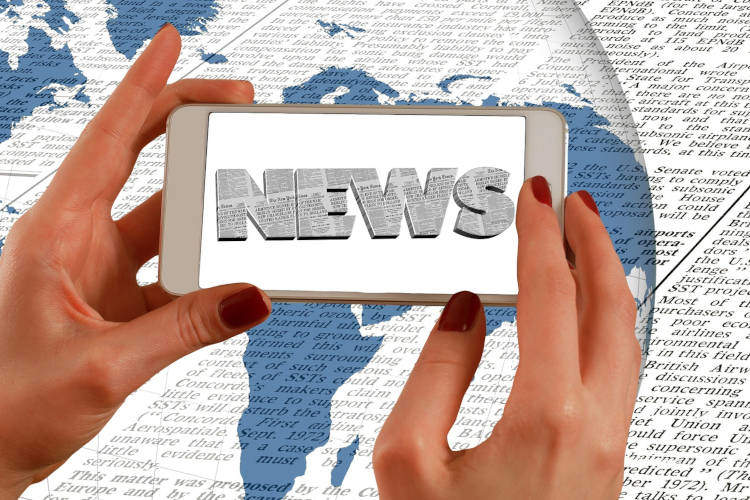 SEATTLE & PORT ORCHARD, WASHINGTON, Apr. 12 2019 – Reck Law, PLLC is pleased to announce they have hired injured worker, Robert Biddix, to join their team.  After successfully completing retraining through his workers’ compensation claim at Tacoma Community College, Mr. Biddix graduated from the paralegal program with exemplary grades.  Mr. Biddix had a nearly 20 year career as a garbage truck driver prior to his work injury that occurred in 2011. With the help of the Washington State Workers’ Compensation system, Mr. Biddix successfully received treatment for his injuries, completed retraining for a new career that accommodates his permanent physical limitations, and has returned to full-time employment.

Over the course of his career, Mr. Biddix worked for several employers in waste management as a garbage truck driver. In 2011, while on his route in Poulsbo performing his daily work duties for Waste Management, Inc., he severely injured his back. His colleagues finished his route, while he went to see a doctor who opened a workers’ compensation claim on his behalf. Shortly after that, he tried to return to light duty work and then to full-time regular duty, resulting in worsening of his injury.

Washington State employers are obligated to carry industrial insurance, under a system that benefits both employees and employers when work injuries occur. Employers can subscribe to the state-funded insurance program administered by the Department of Labor & Industries (L&I) or maintain their own insurance if they are certified to be Self-Insured. Either way, the treatment of injured workers is governed by the Washington State Industrial Insurance Act, RCW Title 51.

Despite mandatory industrial insurance coverage, claims do not always proceed as smoothly as they should for injured workers in Washington State. “After going back to light duty work, I tried to get an MRI. But the insurance company refused it. To make things worse, they sent me to an IME and I also received a letter from my claim’s manager wanting to close my claim. At that point, I realized that something wasn’t right and hired an attorney in Tacoma that handles Workers’ Compensation cases” said Mr. Biddix. His MRI was approved quickly after the attorney got involved.

Under his claim, Mr. Biddix attended physical therapy and underwent two back surgeries to get to Maximum Medical Improvement, meaning the point where his injury would not improve any further.  While his treatment was considered successful, he was left with permanent physical limitations that preclude him from ever returning to work in waste management or any other physically demanding job.  The vocational expert assigned to evaluate Mr. Biddix’s claim determined that for him to return to work, he would have to be retrained.  After exploring his options, Mr. Biddix decided that he wanted to obtain an Associates Degree so that he could return to work helping injured workers just like him.

If approved for retraining, injured workers in Washington State can select Option 1 or Option 2. Mr. Biddix chose Option 1, which means he received time-loss compensation and tuition coverage while he attended the Paralegal Program at Tacoma Community College. Near the completion of his college retraining program, he was offered an internship at Reck Law, PLLC, a law firm in Port Orchard, Washington that represents injured workers.  Upon the successful completion of his retraining program, Mr. Biddix was extended an offer of full-time employment, and on April 1, 2019 he began working as a salaried member of the Reck Law, PLLC legal team.

“It is a privilege to bring Mr. Biddix onboard. As a Workers’ Compensation law firm entirely dedicated to representing injured workers in Washington State, we adhere to our principles and we practice what we preach, which is to help injured workers” said Ms. Tara Reck, managing attorney at Reck Law, PLLC. She added: “We are lucky to live in Washington State, where the rights of injured workers can be upheld and protected. The system is not perfect. There are many fights to fight on behalf of injured workers that are mistreated or fall between the cracks, and that’s what we are here for.  For over a decade I have helped injured workers with so many aspects of their claims, but this is the first time I get to be the person providing an injured worker with a new job.  I’m thrilled to have Mr. Biddix on my team.  He has experienced first-hand what happens after a severe injury at work, and I know he’s eager to put all he’s learned to work helping other injured workers”.

Reck Law, PLLC is a Workers’ Compensation law firm dedicated to representing injured workers in Washington State. Ms. Tara Reck is the founder and managing attorney at Reck Law, PLLC. Since 2006 she has been a very active and vocal advocate for injured workers in Washington State. She is a regular speaker at national and in-state conferences regarding workers’ compensation issues.