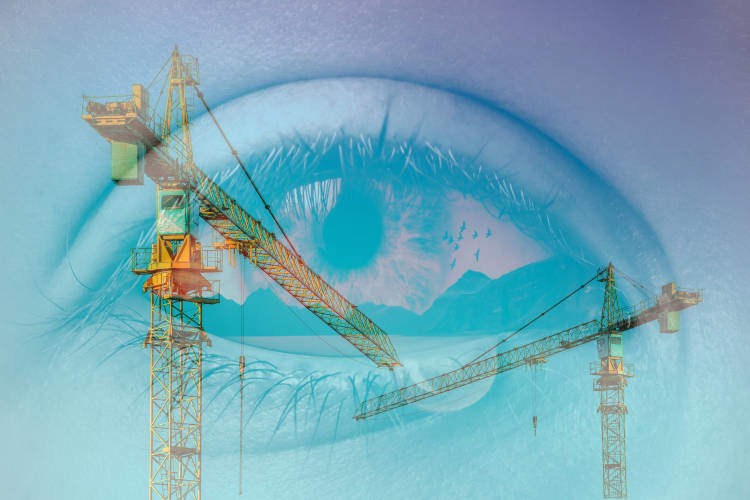 Since the news broke about the collapse of a crane in Downtown Seattle on April 27, 2019, I’ve struggled with whether to comment about the event and what to say. I decided to post about it because I want to share an important message at a time when I feel people may be more open to learn about the Washington State workers’ compensation system.

The bad reputation of Workers’ Compensation

Workers’ compensation is not a glorious field of law and most people have a negative association with it. From injured workers, to family members, employers, coworkers, medical professionals, and vocational professionals, it seems that virtually everyone has had and experience with workers’ compensation. Most of the time, that experience left a negative impression. When I tell people what I do, the response is usually not positive and is often followed by a story about the horrors of the system. Usually, the moral of the story recounted is that workers’ compensation is too expensive and is frequently abused by people claiming to be more injured or disabled than they are.

For me, it is like a punch to the gut every time. At this time when our community is acutely aware of the devastating impacts of this tragedy, I want to draw attention to a couple of facts about workers’ compensation in the hopes that people will take these things to heart. I am hopeful that readers will think carefully before passing negative judgment on the workers’ compensation system in the future.

First, workers’ compensation serves a very important purpose in our society. The premiums and fees paid by employees and employers statewide fund several important roles fulfilled by Department of Labor and Industries (L&I). Taking a step back from industrial insurance itself, L&I has tremendous responsibility ensuring that job sites are safe. As we now know, L&I has launched an investigation into the crane collapse and is looking at the general contractor GLY Construction  and the crane disassembling company Northwest Tower Crane Service. They are also investigating the smaller crane operator Omega Morgan, the crane owner Morrow Equipment, and the company that employed the operator Seaburg Construction.

Despite the costs associated with the work it does, L&I faces constant push back regarding regulations, fines and premiums. L&I division of the Office of the Attorney General regularly defends L&I voluminous WISHA appeals. Since this story broke, several news articles have been published criticizing the safety of this worksite. These criticisms include the fact that streets around the area were not closed while the work was being done. They also talk about the fact that two of the five companies under investigation have cited with other safety violations in the preceding five years.

Second, workplace injuries are often life changing, catastrophic and tragic for both the worker and their families. The benefits provided under workers’ compensation simply do not adequately compensate injured workers and their families for their losses. While facing the normal stress of recovering from injuries and coordinating care, injured workers and their families must navigate claims administration. This happens at a time when their earnings are reduced to 60 to 75% of what they were earning at the time of injury. In the tragedy of this crane collapse, we have learned that two skilled workers died while in the performance of their work activities. Unless some very egregious safety violations are discovered that might be construed as an intent to harm employees, it is very likely that the families of these two injured workers will be limited to the benefits available under the Industrial Insurance Act. In other words, the families will not be able to successfully bring a law suit against the construction companies involved for any perceived negligence that may have occurred.

As a practical matter, assuming the deceased injured worker was married with two dependent children, the injured worker’s widow will be entitled to receive a mere 69% of what her spouse was earning at the time he was killed. Imagine covering mortgages, car payments, and the costs of raising children on a salary that has been cut to 69% of normal. Furthermore, while these benefits will continue for the widow’s lifetime, there is no provision for the dependent children. Heaven forbid that something should happen to the surviving spouse while the children are still dependents. For every anecdotal story of individuals scamming the system to take advantage of workers’ compensation benefits, I can provide you with at least 20 stories of legitimately injured workers whose lives have been destroyed because they were injured at work. Not to mention the impact on the families of injured and deceased workers.

How you can help

To summarize, I want to take this opportunity to remind everyone what workers’ compensation is really about. When you think of workers’ compensation in negative terms, I urge you to think of the hard work that L&I is doing regarding work safety. They are doing some amazing work to try and eliminate these kinds of tragic events from occurring. Most importantly, please remember the two young workers who lost their lives and the impact on their families.

Finally, if you have been touched by this story and have the financial means to contribute, please consider making a donation to Kids Chance of Washington. Kids Chance provides educational scholarships to family members of injured and deceased workers. I have no affiliation with them, and to my knowledge, it is the only charitable organization specifically established to help mitigate the devastating impact workplace injuries and deaths in Washington State.