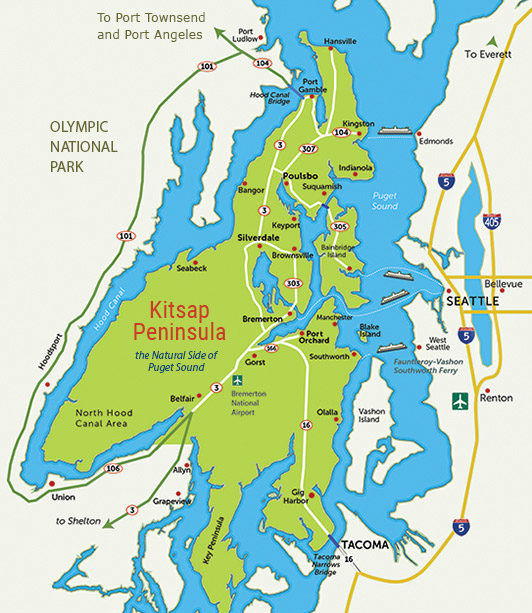 In Washington State, once an injured worker received all treatment available for their industrially related conditions, the Department of Labor and Industries must determine if the worker is employable. After treatment, some injured workers can return to their original job. Other can opt into another job they already have the skills to do. However, sometimes the injured worker needs retraining to be employable again.

The retraining goal job must be consistent with the injured worker’s physical and mental capabilities. This job must also be within a relevant labor market. The relevant market is the geographic area where the worker was last gainfully employed or within a reasonable commuting distance. Since many of my clients reside and work in Kitsap County, I decided to do some research about local employment opportunities.

In addition to jobs within the county, some Kitsap County residents commute to nearby counties. These include King County and Pierce County, where more jobs are available with higher paying salaries on average. As a result, a significant number of Kitsap County residents are employed in construction and labor jobs in nearby counties. However, in my opinion, this does not necessarily mean that these counties should be considered within the labor market for an injured worker residing in Kitsap County. This is because the finances associated with the job goal would need to justify the increased commuting costs. After all, many of those commuting choose to remain in Kitsap County because of the lower cost of living and the local quality of life.