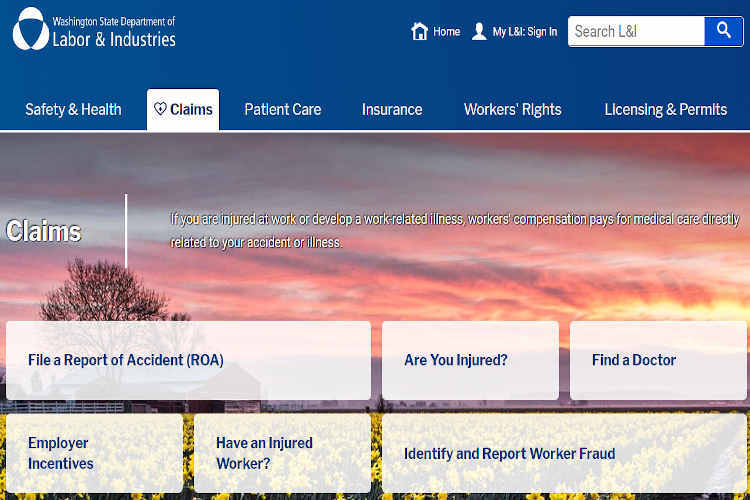 Has L&I lost its way? As an agency, I think that L&I might have forgotten its purpose.

What is L&I and what are its duties?

The Department of Labor and Industries (L&I) is the agency responsible for administering the Industrial Insurance Act in Washington State. This Act, also known as RCW 51, was created to ensure that injured workers receive sure and certain relief for workplace illnesses and injuries (see RCW 51.04.010).

To that end, L&I has the following powers and duties (among others):
1. Establishing and adopting rules to govern its administration of the Industrial Insurance Act;
2. Ascertaining and establishing the amounts needed to be paid into and out of the accident fund, which in turn pays for benefits for injured workers;
3. Regulating the proof of accident and extent thereof;
4. Supervising medical, surgical and hospital treatment efficiently, making sure they are on par with the standards of modern surgery;
5. Issuing payments or certificates for benefits;
6. Investigating the cause of serious injuries and reporting violations to the governor;
7. Compiling reliable statistics regarding division operations;
8. Making an annual report to the governor regarding L&I’s work;
9. Entering agreements with appropriate agencies of other states to address conflicts of jurisdiction insofar as permitted by the US Constitution and agreements with the provinces of Canada; and
10. Designating an appropriately licensed medical Director.

Not one of these duties includes looking out for the best interest of “stakeholders” at the expense of work injury victims. There isn’t a single power or principle in this list for reducing employer workers’ compensation insurance costs at the expense of injured workers. Yet, at this time, and from the looks of the new L&I website, it seems that L&I is primarily focused on this goal.

Over the course of my legal career representing injured workers in Washington State, I’ve seen a steady and alarming trend towards protecting and reducing rates for employers and other stakeholders, at the expense of injured workers. I believe this is evident in programs like the retrospective rating program, employer incentives for early return to work, experience ratings, pursuit of fraud allegations, the medical provider network, the Department’s medical treatment guidelines, and numerous other programs and initiatives across L&I.

L&I is not making injured workers a priority

I feel that this is a dangerous an inappropriate trend in Workers’ Compensation. L&I IS NOT MAKING INJURED WORKERS THE PRIORITY. I mean, take a look at new L&I website. The new site has 6 menu options. These are Safety & Health, Claims, Patient Care, Insurance, Workers’ Rights, and Licensing & Permits. Selecting the Claims option, you can see six new options: All About Claims, For Workers, For Employers, For Medical Providers, For Vocational Providers, and Crime Victim Claims. Below, is what you will see if you choose the All About Claims.

I would be remiss if I didn’t point out that there is no such thing as fraud in workers’ compensation. That was abolished years ago. Today, it is called willful misrepresentation and it is different. Clicking on the “Identify and Report Worker Frau”d option is even more disheartening. According to L&I, claim fraud is when a person is not injured at work or isn’t injured at all. Willful misrepresentation is obtaining benefits you aren’t entitled too. On its webpage, L&I lists behaviors it says are indicative of fraud. These include an injury reported in the absence of witnesses, conflicting accident descriptions, significant lapses in time between injury and first medical attention, and moving out of state or country shortly after injury.

In my experience, these behaviors occur in most if not all of the legitimate and valid claims I see. For example, Robert is one of my paralegals. He came to work with me after sustaining a low back injury during his employment with Waste Management. When his injury occurred, he was alone collecting garbage. There were no witnesses to his injury, which required surgical treatment and ended his career in that industry. The fact that he was alone when he got injured isn’t unique to Rob and L&I knows it. Suggesting that having no witnesses to an injury is a red flag for fraudulent behavior is L&I at its worst.

In summary, this is just one example in the ongoing trend where L&I is not making injured workers a priority. Rather than focusing on how to quickly and efficiently protect and provide benefits for injured workers, L&I uses its resources to advocate questioning injured workers’ entitlement to benefits under the Industrial Insurance Act.

20 thoughts on “L&I Claims in Washington State: Injured Workers are No Longer a Priority”